In Turkmenistan, researchers have discovered a new species of cave-dwelling animals called the Mirabilis. The animals were able to discover the small pale eyeless insect in a remote desert cave that was far away from any other animal or plant life of any kind. The Mirabilis are very small and hard to find so the researchers had to use a smelly cheese for bait to trap it. 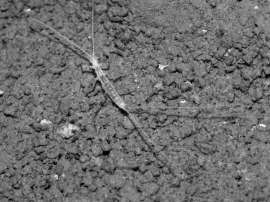 They named the animal Turkmenocampa mirabilis, which means unusual, amazing, wonderful, and remarkable. It also takes its named from the country where it was discovered. The first specimen of this cave dwelling species was found in a remote cave in Mount Koytendag. The mountain has more than 300 caves and holes, including one that goes down more than 57 kilometers underground. Scientists believe that there could very well be even more undiscovered species in this remote desert area.

“What we have here is not only a new remarkable organism, but also an amazing and unusual cave critter that has undergone a long evolutionary journey to adapt to the underground environment of Central Asia,” said Dr Alberto Sendra, of Alcala University in Spain. 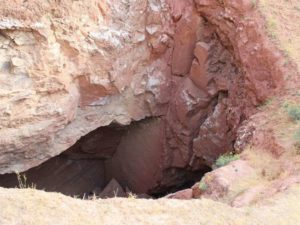 “It is places such as Kaptarhana that can turn the tables by giving us new insights about the biodiversity richness, evolutionary history, formation and functioning of the underground ecosystems of this part of the world.” said Professor Pavel Stoev, of the National Museum of Natural History in Bulgaria. The discovery of the Mirabilis was described in the journal Subterranean Biology.