Six Women Wore The Same Dress To A Wedding, And They’re Not in the Entourage

Last weekend, a wedding in Australia started trending online when it spread that six guests had shown up wearing the same dress. These women were not part of the entourage of the bride, and they had no intention of wearing the same dress, it was a complete coincidence. Because of this wild coincidence, the pictures of these women and their identical outfits went viral. 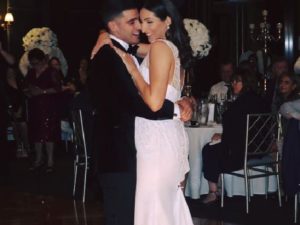 The wedding was for Julia Mammone, a teacher in Sydney, Australia, and Dominic, a local trainer. According to the bride, she knew each of the six women, as they were her friends, but she had no idea that each of them would be wearing the same dress. The blue and white lacy dress was sold by Portmans and Forever New for $160. Despite the attention of the wedding shifting to this fashion blunder, the bride said she did not mind because it was hilarious. 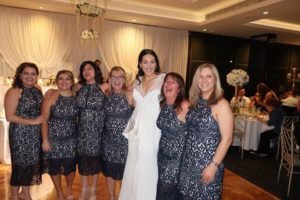 “I turned up and did a double take when I saw my cousin in the same dress and she mouthed ‘oh my god’ back at me from the other side of the reception room,” said Debbie Speranza, one of the women who wore the same dress. “Next thing we knew there were four others in the same friggin dress. What a bloody nightmare.” Spreanza posted a picture of all six ladies posing with the same dress.

“We all cracked up about it.” said the Bride, “It’s every girl’s worst nightmare, what else can you do. I’ve heard of two women, maybe three, wearing the same dress, but six? You couldn’t make it up.” The social media post has received over 32,000 likes and more than 7,000 comments.