Motorcyclist Given a Ticket For Wearing Panda Suit

In Minneapolis, Minnesota, a motorcyclist was stopped by the police and given a ticket for wearing a panda suit that included a large panda head. The arrest occurred in August, but the police are now receiving several questions about the exact situation of the unique traffic stop. Pictures of the Panda biker have spread through social media and have gone viral. 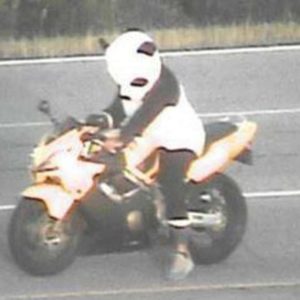 According to reports, last month a concerned driver had called 911 to report that he witnessed a motorcyclist wearing a panda suit. According to the caller, the rider’s vision appeared to be obstructed by the large panda head. The rider also wove through traffic erratically, often no-handed. The biker exited the freeway before a trooper located him and asked him to pull over. The biker was found with the use of traffic cameras. It goes without saying; it would be hard to miss a man in a motorcycle wearing a panda suit with a large panda head. 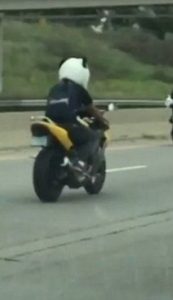 “Halloween’s not for more than a month. And even if Halloween was today, this would not be okay or legal, in case you were wondering,” the state patrol said. “A panda head will not protect you in a crash like a DOT-approved helmet would.” The rider was cited for reckless driving and the dangerous panda head was confiscated by the police officer. Authorities have also used this chance to remind riders that they have to make sure that can see and be seen by other vehicles for the safety of everyone on the road.