Six More Weeks of Winter According to Groundhog

The winter in northern America is going to last another six weeks. This is according to one of the foremost weather experts in the country, a groundhog named Punxsutawney Phil. The annual tradition of checking on Phil the groundhog to see how long winter will last was done earlier this week. According to tradition, if Phil sees his shadow, it’s six more weeks of winter. 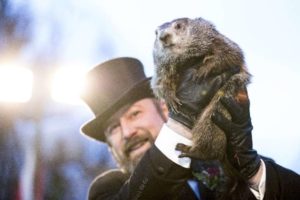 On February 2, in Punxsutawney, Pennsylvania, they celebrate Groundhog Day. During this day, the officials of this small town come down to Phil’s burrow to check with the ground hog sees his shadow. His handlers then check the groundhog and announce the prediction. The handlers are from the Punxsutawney Groundhog Club, which was established in 1887. This past Groundhog Day, Phil saw his shadow and scurried back to his burrow. This symbolized another six weeks of winter. 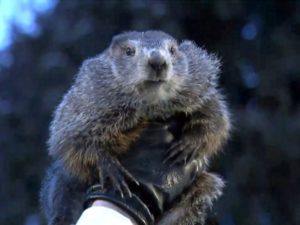 Several towns in the United States and Canada actually celebrate “Groundhog Day” with most sharing the same tradition of checking a ground hog for its shadow, but “Punxsutawney Phil,” named for his hometown in Pennsylvania, is the most well known and celebrated ground hog, at least when it comes to predicting the weather.

Groundhog Day is also the name of a popular movie in 1993 starring Bill Murray. In the movie he wakes up and experiences the same day over and over again. Since the movie, most people who experience de ja vu or something repeating the entire day will often refer to it as a Groundhog day moment.