In New Mexico, a 36-year old single mom named Sacha Johnston spends her free time looking for lost treasure that has already cost the lives of two men. This infamous treasure is the gold that was hidden by Forrest Fenn. The eccentric millionaire claims to have buried a treasure chest of gold somewhere in the area between Montana and New Mexico. The gold is said to be worth a little over $2 million. 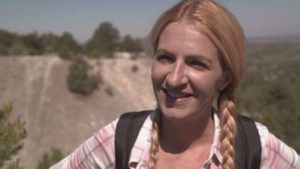 Since Fenn made his announcement, there have been an estimated 65,000 treasure hunters to scour the area described by Fenn. The hunt for this gold chest has already claimed the lives of two treasure hunters. But the danger hasn’t scared Johnston off yet. The mother of two and realtor travels an hour outside of Santa Fe in search of the treasure. The conditions in the area can get extreme, with conditions going as high as 100 degrees. The area has no water and rarely any people, just miles and miles of dry desert. 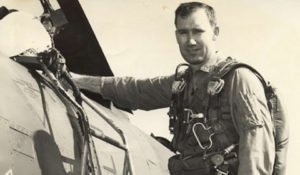 “I don’t believe that there is a lot of danger associated with it,” she told Inside Edition. “I do believe that people’s greed takes over their common sense. It leads them into situations that put them in harm’s way. I have randomly searched all of these hills, everything you can see on this side and everything that you can see behind us after figuring out at few more clues I arrived at this location.” Â Johnston says she found a clue in a poem that was published in Fenn’s book. She packs light, but brings essentials such as food and water with her. She also believes that, despite the odds, she will be the one to find the lost treasure of Forrest Fenn.