In Rockwall, Texas, a group of strangers did a miraculous and generous thing when they teamed up to buy a man his very own car. This was because this particular man was 20-year old Justin Korva, and he had to walk miles just to get to work every day. The small group met together and surprised Justin when he was on his way to his job one morning. The video has since gone viral. 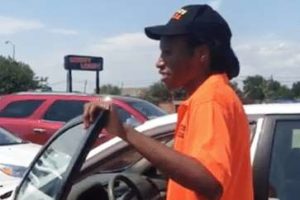 This all began when a group of people realized that Justin would walk three miles every day just to get to his job on a Taco Casa fast food joint. So these people, most of whom Justin had not even met, decided to buy him his own car. When they had the car, a Toyota Camry, they decided to surprise him with it. The video of surprising Korva with the car has since gone viral. Not only did Korva receive a car, but he was also giver a $500 gas card, 2 years of oil changes, and one year of car insurance. 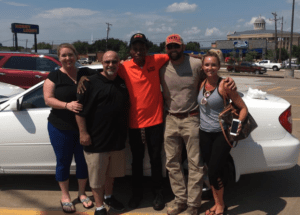 According to Korva it was a surprise and a blessing. The leader of the group, Andy Mitchell, decided to bring all these people together to buy Korva hisown car after recently offering him a ride to work. According to Mitchell, he was inspired by Korva and his determination to make something of himself through hard work. Mitchell then installed a donation box at a restaurant hoping to raise enough funds to buy a car for Korva. They were able to collect enough money to buy a car in a little over a week.