Single Dad Walked 11 Miles to Work Until His Coworkers Surprise

For the better part of a year, this dad walked eleven miles every day to get to work. This 21-year old single father from Little Rock, Arkansas would leave his home at midnight to get to his 4 am shift on time at a UPS office. During all those months, he was never late, and he never missed a day. But one day one of his office workers noticed this daily dedication. 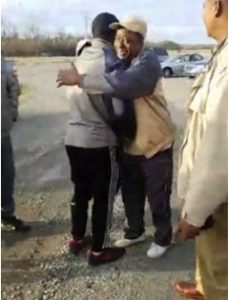 Trenton Lewis never told anyone at work that he didn’t have a car. He was just the type to never give excuses. And he was dedicated to give everything he had for his 14-month old daughter.Â  “I wanted to be with my daughter, to be able to support her. I wanted to be a father,” said Lewis, “My pride is strong. Whatever she needs, I’m the person who is supposed to provide it for her.”

But eventually his coworkers at UPS found out about his daily trek and they decided to surprise him. A UPS clerk named Kenneth Bryant started asking around to see if his coworkers wanted to pitch in to raise funds to buy Lewis a car. The coworkers were amazed that someone would wake up that late at night to walk that for to get to work on time. Soon, enough people chipped in to raise $2,000, which was enough to buy Lewis a second-hand 2006 Saturn Ion. 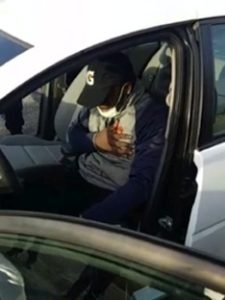 “That’s a young man that wants to work and will do whatever it takes to be successful,” Bryant said. “If someone has that type of determination, I’d be willing to help them. We just wanted to lend somebody a helping hand.” Bryant said.Â Then last week, Lewis was asked to come along to a Union meeting. When he got there, he was presented with the keys to his new car. The entire exchange was captured on social media, where we can see a very touched and thankful Lewis become emotional with gratitude.