Siblings Lift SUV to Save Family with Baby Trapped Inside

In Tampa, a pair of siblings was credited for saving the lives of a family after they jumped into the water to lift an SUV and flip it over so that the passengers could get out. Among the passengers were an 11-day old baby and its parents. The siblings were Aaron and Jolisa Jones. They saw the car go into the water and flip over and they jumped in to save the people trapped inside. 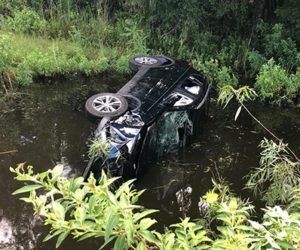 “I saw that water was seeping into the car, where it was turned upside down,” Aaron in an interview “We tried to break the windows, but that didn’t work. So the only thing I could think of was to flip the car over. So I told my sister to help me so we could flip it over to its side. So what happened is after we flipped it over to the side, I took my shirt off and wrapped it around my fist and I used my fist to break the windshield off.” Aaron and Jolisa were able to save the family inside, who are now in the hospital recovering. Aaron sustained serious injuries to his hand in breaking the windshield. 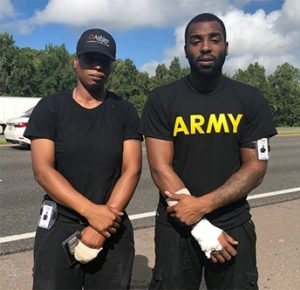