Shopper Buys $1 Million Worth of Toys to Donate to Kids

A Good Samaritan took advantage of the last days of closing toy company Toys R Us by purchasing over 1 million dollars worth of toys. According to reports, the toys will be donated to kids in need all over the local area. An employee of the store in Raleigh reported that a person, who chose to remain anonymous, purchased what was remaining in their stores to give to the children in their area. 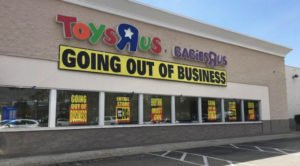 “Oh wow, that’s nice,” said Vivian Smith who showed up and found the doors of the toy store locked with a closed sign on the glass. The store closed because they no longer had any products, which had been purchased by the Good Samaritan. The people that got to the store and didn’t get to buy their toys were told the story and they appreciated the kind gesture. According to the staff of the Raleigh store, they will spend their last few days boxing up the few toys left in their store to put on a truck for the generous buyer. 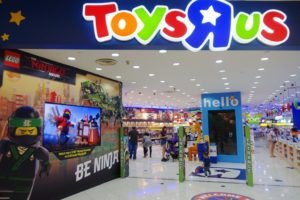 The toy store Toys ‘R’ Us made headlines in the past month after they announced that they would be closing all their stores nationwide. They filed for bankruptcy and will officially go out of business. They will be closing all of their 700 stores by the end of the week. The fall of the toy store is just the newest in the trend of established businesses going under as they are unable to compete with online retailing and independent businesses that have been successful in the internet.