Senator Angus King of Maine is lobbying to add an emoji that represents lobsters to smart phones. In his letter to the Unicode Consortium, Senator King said that there is an economic and cultural importance to having a lobster emoji, especially for the residents of Maine. The formal request was sent in late last week to the group in charge of smartphone emojis. The letter was sent in just in time for National Lobster Day. 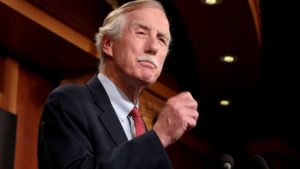 In the letter, King wrote that a new emoji would allow people who “fish, process, serve, eat, or otherwise admire the lobster” to accurately express themselves in emoji form. Aside from the Senator’s proposal, there have also been three other formal proposals to the consortium for additional emojis.

“A new lobster emoji would fill a necessary and unique void in the current Emoji List, and, should it be added, appears destined for significant usage by lobster fans around the world,” King wrote. King also provided data from Google searches and hashtags, that the search for lobster, and lobster emoji keywords, was higher than that for other crustaceans, such as the crab. There is an existing crab emoji, but the senator does that believe the emoji is enough to represent the lobster. 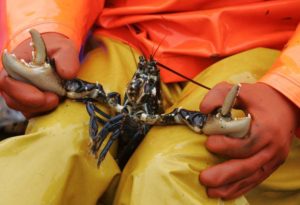 “Neither the existing crab nor shrimp emoji can be effectively used to represent a lobster, which has a distinctively different profile,” the senator wrote. The Unicode Consortium will review all the requests and make the final decision later this month on what new emojis will appear in phones in 2017. The word emoji comes from the Japanese word E for picture and moji for character.