In Iowa, a 54-year old security guard named Gary West just won $250,000 from a $20 dollar ticket. What makes this even more amazing and lucky is that this is actually the second time that West has won the lottery for six figure sums. West had previously won $100,000 on another scratch off ticket 12 years ago. West said that he plans to buy a car with his winnings. 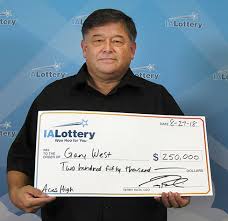 “This is my second time, so I’m feeling more experienced,” the security guard said as he collected his winnings. West bought the ticket last week from a gas station as he redeemed other prizes from the tickets he had purchased. He starched the ticket in his car and immediately returned to the store to verify if he really did have the winning ticket. 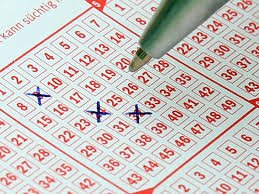 “It also told me what I thought I was seeing,” said West, “By that time, after verifying it to myself three times, I thought ‘OK, it looks like we did it.'” West then called his sister and nephew about the win, but he still had to wait over the weekend before he could redeem his prize the next Monday. The $250,000 is the highest of the 18 prizes that you can win at the Aces High scratch-off game in Iowa.

“It’s just like I couldn’t have enough bodyguards around that ticket,” he said. “It’s just like, ‘Man, get me through this weekend so I can get over there Monday morning and get this cashed.”