In Aurora, Colorado, a man shared a video of his security feed that shows three young children returning a wallet. The children were recorded from his home’s smart doorbell system that records a video each time the doorbell is pressed. The wallet that was returned was full of money and had $700 worth of cash inside. The video has since gone viral. 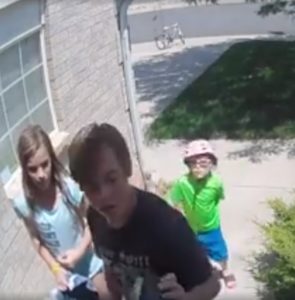 In the video we clearly see three children approaching the front door and they appeared surprised that there was an automated message that asked to leave a message. The oldest boy was holding a wallet in his hands and left a message for the doorbell. After leaving the wallet, the kids immediately get on their bikes and went on their way without asking for anything in return.

“We found your wallet outside of your car and we just thought we would give it back to you,” one of the kids says. “I’m gonna put it over here so no one takes any money.” The video has since been shared on social media, and social media users from all over the world have commended these honest children for their act of kindness and selflessness. 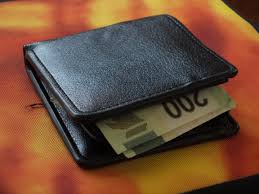 “These kids are amazing, we would love to find them to reward them and thank them,” Carlton added in his post. “Their parents should be so proud of them. Any help finding them would be great.” So far, no one has come forward with the identity of these nice kids, but people have been sharing the story on social media so it would be just a matter of time.