Scuba Diver Finds Phone After Text Message Lights it Up

Earlier this week, a scuba diver was surprised when she unexpectedly found a phone at the bottom of the ocean. She was alerted by the presence of the phone when it lit up because of a text message. The diver went down to get the phone, and she was surprised to find that it still had 80% of battery life left. The phone was found 30 feet underwater on the seabed inside a waterproof case. 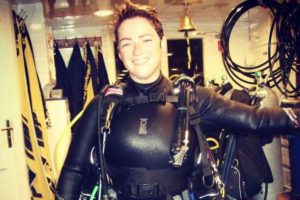 The phone had been at the bottom of the ocean for the past two days. It was dropped by its owner who dropped it kayaking close to the coast in Durdle Door, Dorset. The scuba diver, Cerys Hearsey, took the phone back to shore and scrolled through the contacts to find its owner. It has now been returned to Rob Smith the cousin of the owner, a Canadian who was on vacation.

“I could see the phone sitting on the bottom of the seabed because it received a message and lit up. I picked it up and returned to land where I cut it out of its case as it was starting to get a bit of water inside.” said Hearsey, “I then looked up the numbers and got in touch with the owner’s family. Phones are so critical to life nowadays they can be difficult to replace. The owner of the phone was on a flight back to Canada, so I met with the owner’s cousin Rob. I only had an hour before I had to return home, but luckily she could pick it up.” 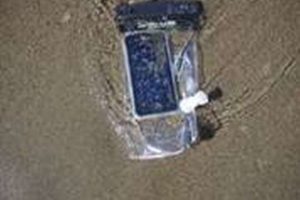 “They were really lovely people and amazed to see it, I think they had given up any hopes of finding it. I just hope someone would do the same for me one day.” said Robert. “Cerys was such a nice lady and we were over the moon. We couldn’t believe she had it still and at 84% battery. I would like to give a big thank you to the whole scuba diving team.”