Scotland Named As The Most Beautiful Country in the World

The travel guidebook Rough Guide just published their top 20 most beautiful countries in the world, and they named Scotland as its top destination on the list. Scotland beat out New Zealand and Canada for the top spot in the guidebook’s list. Scotland has long been known as having the most beautiful landscapes and magical destinations in the world. It is also known for the many mystical lakes (or lochs) and caves. These are also enhanced by the many ancient structures found all over their countryside, such as grand castles and fortresses.

On the company’s website, they listed the top 20 countries, each with a brief description. The website had this to say about the top country: “And finally, the world’s most beautiful country is revealed: Scotland. Who can deny that these wild beaches, deep lochs and craggy castles are some of the most wonderful and beautiful sights in the world?” Included in the top ten on the list were Â (in order) Wales, USA, Iceland, England, Indonesia, South Africa, and Italy. The top three destinations were New Zealand and Canada, with the top spot going to Scotland. 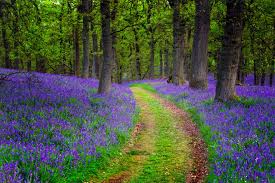 “We are delighted that Scotland has received this remarkable accolade from Rough Guide readers,” said Malcolm Roughhead, the chief executive of Visit Scotland. “But of course it will not be a surprise to anyone who has encountered our wonderful country. From our awe-inspiring landscapes to our remarkable historic attractions, to our bustling but beautiful urban centers, Scotland takes people’s breaths away.” Aside from the many castles and natural attractions, Scotland also features several parks, museums, and heritage sites to visit.