Grandfather Conquers Atlantic on Kayak for The Third Time

Earlier this week, elderly Polish kayaker named Aleksander Doba completed crossing the Atlantic Ocean on his kayak. Doba arrived the French coast 111 days after leaving the waters off the coast of New Jersey in the United States. If that feat wasn’t impressive enough, it should be known that this is actually the third time that he is able to complete the trip on his kayak. 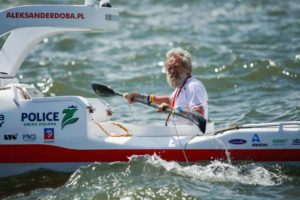 The 70-year old Doba started his crossing on May 16th from Barnegat Bay. From there he paddled his way across 4,150 miles of the Atlantic Ocean. Doba is actually known in Poland for his amazing feats at such an advanced age. The bearded Doba gained attention in his country in 2015, when he was named National Geographic adventurer of the year.

“I feel great, and I’m very happy that I finally reached Europe!” said Doba “I felt completely drunk although I was totally sober. I was a bit off-kilter, but I’m fine, alive and well!” This crossing was made after Doba was forced to give up his last attempt last year because of strong waves off the coast of New Hersey that continually pushed him back to shore. 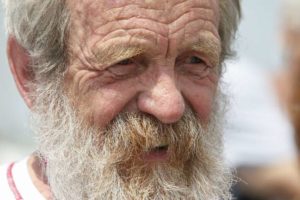 Doba is a retired engineer that keeps in shape by continually participating in extreme activities such as rock-climbing, parachuting, flying a glider, and of course, sailing and yachting. He had previously crossed the Atlantic on a kayak, first in October of 2010, and then again in February of 2011. The first trip took him from Dakar, Senegal to the city of Acarau in Brazil, while the second was from Lisbon, Spain to Florida.