In Canada, an ancient village has been discovered in an remote island. One of the most remarkable features of the village is that it existed even before the Egyptian pyramids. The settlement was found on Triquet Island on the central coast of British Columbia. The excavation discovered that the village existed more than 14,000 years ago, during the last ice age, when most of North America was covered in ice and glaciers. 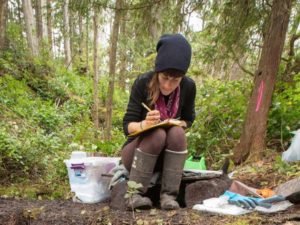 The milestone discovery was made by a team of researchers and archaeologists that were looking for evidence to support the oral history of the indigenous Heiltsuk people. According to the tale, there was a part of land in the area that did not freeze over during the last ice age. According to the legend of the Heiltsuk, it was there that their people took refuge during the long winter.Â  The Ice age is one of the most important natural events in the world. It was said to have wiped out most of the flora and fauna on the surface of the earth at the time. 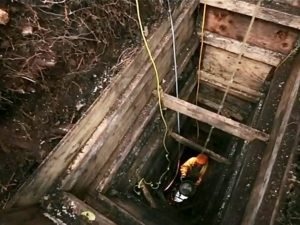 The research team excavated several meters of earth and rock until they discovered a layer of ancient soil that contained prehistoric earth. Using tweezers to carefully remove sediments, they found charcoal that was sent to be carbon dated. The results showed them that it was more than 14,000 years old. The find was said to be very important. William Housty, a member of the Heiltsuk Nation, said that the discovery confirmed their history that their people had passed on from generation to generation. He said that the evidence will help with the people’s negotiations over land rights.