Scientists May Have Solved the Mystery of the Bermuda Triangle

One of the most mysterious and puzzling places in the world has been the Bermuda Triangle. For over 100 years, this 270,271 square mile triangle between Florida, Bermuda, and Puerto Rico has been the location for hundreds of disappearing vehicles and more than a thousand lost passengers. The triangle has been blamed for the sudden disappearances of several planes, boats, yachts, and a myriad of other ships. But recently scientists may have discovered the reason why such calamities have been happening inside the triangle. 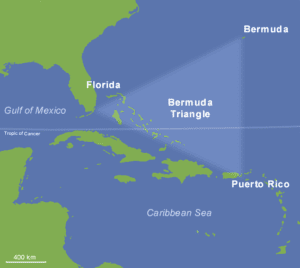 Scientists at the University of Southampton said that they could explain the mystery of the Bermuda Triangle because of a natural phenomenon known as rogue waves. Rogue waves were first observed by satellites in 1997 off the coast of South Africa. These waves are fast and high currents that travel on the surface of water in a different direction as the current. These waves can reach hundreds of feet high and could explain why there are so many disappearances in the area. 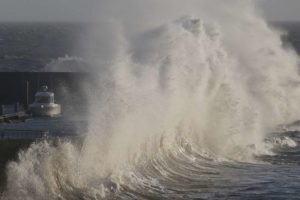 The research team built a model of the USS Cyclops, a Navy cargo ship that went missing in the Bermuda Triangle in 1918, along with the 300 passengers and crew. The captain never sent a distress call and there was no wreckage found. They placed the model in an indoor simulator to recreate the large monster rogue waves. The waves easily upended the vessel in just a few minutes. An ocean and earth scientists, Dr Simon Boxall, said that three large storms coming together from different directions could create the perfect condition for a rogue wave.

“There are storms to the south and north, which come together,” said Boxall. “And if there are additional ones from Florida, it can be a potentially deadly formation of rogue waves … They are steep, they are high â€” we’ve measured waves in excess of 100 feet.”