Scientists in Denmark believe that they have discovered the longest-living vertebrate in the world. The specimen is a Greenland shark that could very well be more than 500 years old. Greenland sharks grow at a slow pace of only around one centimeter a year. When scientists discovered a female shark that was around 18 feet long, they knew that the shark had to be at least a few centuries old. 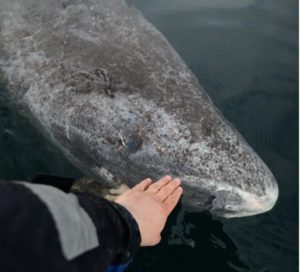 The team used radiocarbon dating to examine the eye lens of 28 Greenland sharks. The oldest that they were able to study was around 400 years old, with an age range that could reach up to 512 years old. If this data is correct, this means that this shark was around when Galileo Galilei was still looking at the stars, and at least 150 years old already when the United States signed the Declaration of Independence. What’s even more amazing about this shark is the fact that it may not have reached sexual maturity until the age of 150. The average age of maturity for sharks is 156, but it has been known to occur as young as 134. 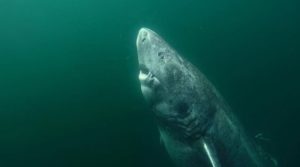 Very little is known about the Greenland shark species. They are found at the Arctic and North Atlantic waters from Canada to Russia. They have a short snout and small eyes, and very rough and textured skin. They are also an apex predator, meaning they are on the top of the food chain of their environment. These sharks are rarely encountered and are occasionally only spotted by deep-sea submarines farther south. They have also been observed in depths that go as far down as 1.4 miles.Â  Before the study, the longest living vertebrate was a bowhead whale that was estimated to be 211 years old.