Scientists Create the Blackest Material Ever Made

By definition, a black hole is an anomaly in space that seems to be devoid of anything and seems to suck in most materials, including light. That would hard to duplicate in our own planet, but with the invention of this new material, we could have the closest thing to it. British scientists have invented what was declared to be the darkest material ever made. The material is said to absorb light, including visible light, ultraviolet light, and infrared light. 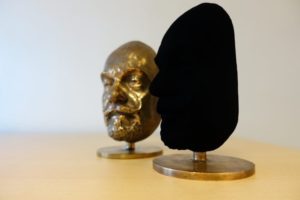 The material was first invented by Surrey NanoSystem in 2014 and was called Vantablack. At the time of its invention, it was known as the darkest material, until 2016 when its creators were able to increase its blackness, so much so, that even a high powered laser would not be able to reflect any light off of it. As you can tell from the picture of the material above, it looks very much like someone had simply removed a part of the photo through Photoshop. 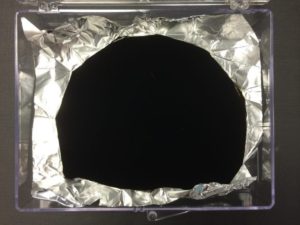 Vantablack is not a pigment, or a fabric, or paint. It is functional mini forest of millions upon millions of small tubes made of carbon nanotubes or microscopic tubes of carbon. Around 1 centimeter of the surface area of Vantablack Â has around a million nanotubes. To be seen, a spray on version of the material, called Vantablack S-VIS, allows the material to be coated onto physical objects. The creators of the material don’t recommend the spray to be used in artistic ventures, but instead to be used for high performance scientific research such as high powered cameras, lightsensors, and other light-sensitive instruments.