Scientists are Stumped by 3000-Year-Old Sculpture

Earlier this week archaeologists found a 3,000-year old sculpture that had some obvious cultural significance. The only catch was that they had no idea who the sculpture represented. The 5-centimeter figurine was discovered in 2017 in a site called Abel Beth Maacah. The site is located just south of the border of Israel and Lebanon. 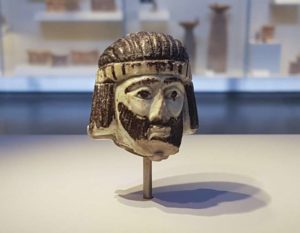 The sculpture was incredibly preserved despite being thousands of years old. It only had missing beard paint and a chipped nose, but otherwise it was in great condition. The sculpture was wearing a crown signifying that the man was a member of royalty. However, archaeologists could not identify the man, or even what kingdom he ruled over. 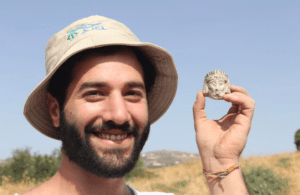 “This location is very important because it suggests that the site may have shifted hands between these polities, more likely between Aram-Damascus and Israel,” said Hebrew University archaeologist Naama Yahalom-Mack. She also added that the sculpture has a very interesting hairstyle, which is common to the way ancient Egyptians wore their hair depicted in their art.

After the sculpture was found by a volunteer, it was immediately placed in display. There have been some educated guesses on who the man could be. Some have suggested Ahab or Jehu or Israel, or even Thobaal or Hazael of Damascus, but Yahalom-Mack stressed that these were only guesses.

“In the iron age, if there’s any figurative art, and there largely isn’t, it’s of very low quality. And this is of exquisite quality.” said Eran Arie, the curator of the museum’s Iron Age and Persian archaeology.