School has 17 pairs of Identical Twins

The Green Land Public school in Pathankot, Punjab is just like any school. They have students of all ages and backgrounds. But one odd thing about this school is the unusual amount of twins they have enrolled. They currently have 17 pairs of identical twins as students. The presence of so many twins makes the school unique, but most teachers say that it also poses a lot of problems, such as identifying which student they are talking to. 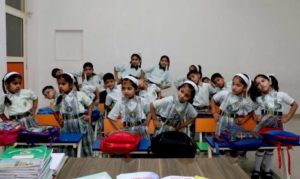 “They are nearly all identical and look so same that even teachers are confused to identify who is who,” said Dr. Jyoti Thakur, the principal of the school. Among the twins that are enrolled in the school, there are six pairs of boys, and eight pairs of girls. Three of these pairs are brothers and sisters. They are just 34 students among the 1,500 that attend the school.

It seems that the school had gotten a reputation as the school where twins attend, and even though it was just a mere coincidence that they house so may twins, more and more of these identical siblings started to enroll. 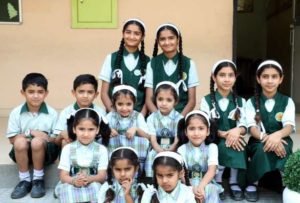 “There is no special policy to attract twins.” said Dr. Jyoti, “Whenever twins are born in town and surrounding areas, their parents get them to Green Land Public School. It has now become more of a local sentiment. I started this school in 2013, initially there were three pair of twins but gradually it increased to seventeen.Â  I personally visit every class to meet twins and sometimes it is really confusing to identify them.”