When it’s the time of the year to take school photos, it is often expected and inevitable that the yearbook will get some silly pictures or some practical joke photographs. In most cases, these will come from a student or a group of students. But in this school, the hilarity did not only came from one of the teachers, but from the entire school faculty. The staff and faculty of this elementary school played an interesting game of who wore it better as they took their pictures wearing the same ridiculous sweater. 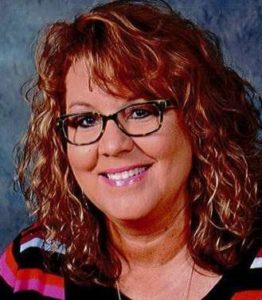 Lee Ann Fuzzell Due, the school councilor, had the idea first when she spotted a sweater one weekend that she thought was so goofy that she bought it. She wanted to share the fun, and so when she returned to Herald Elementary school for the class picture day, she encouraged the entire staff to wear the same quirky sweater in their school picture as well. Due said she did it to have fun with the pictures and so no one would get nervous or tense when posing for the pictures. What was even more surprising was that everyone agreed to wear the sweater, even the school principal. 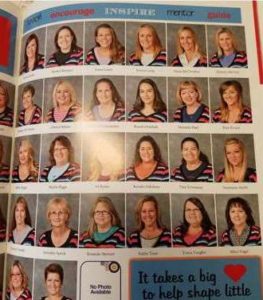 “It was so fun watching everyone put on the sweater and laugh about it instead of dreading taking pics. Some were worried their shirts wouldn’t match,” Due said. “I told them the more it clashed, the better! We were all wearing our Bert and Ernie sweater. As staff, we just thought it was fun. It was nice bonding experience instead of stress and worrying about your hair or what you are wearing.”