In Warkworth, England, a primary school caretaker accidentally discovered a hidden hoard of 128 silver medallion coins. The buried treasure was found under the playground at the Warkworth Church of England Primary School. According to initial reports, the caretaker used his own electronic device to find the stash of coins under the playground. 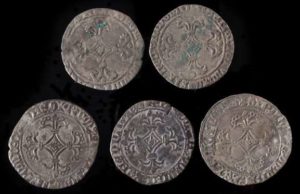 The school is located in the tiny village of Warkworth. The school is actually located near a medieval castle, which was once owned by a noble family. The treasure was made up of 128 coins that were most likely forged during between the 15th and 16th century. It was during this time that England was transitioning from the Medieval Age to the Renaissance era. The cache of coins features groat and half-groat coins, which dates back to the time of King Edward IV and King Henry VII. The collection was said to be estimated to be worth £11,000 or $15,000. 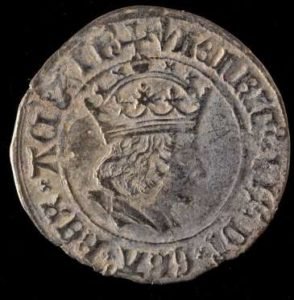 “The collection was found in the playground by the caretaker who had asked to metal detect and was granted permission,” said Fred Wyrley-Birch, director of Newcastle auctioneers Anderson & Garland. “The hoard was then declared a treasure trove, and was valued and authenticated by The British Museum.” Wyrley-Birch says that they will eventually auction some of the coins.

The British Museum did not choose to purchase the collection, so the caretaker and the landowner agreed to split the buried treasure. The coins of the landowner, the Diocese of Newcastle, will be sold to auction. His half of the treasure included 66 of the rare silver coins.