Saturn Is Losing Its Rings at “Worst-Case Scenario” Rate

A recent study from NASA has shown that Saturn’s rings are less than 100 million years oldâ€”and they won’t last forever. Research confirms Saturn is losing its rings at theÂ maximum velocity estimated from Voyager 1 & 2 observations. Gravity is pulling the rings inside the planet. 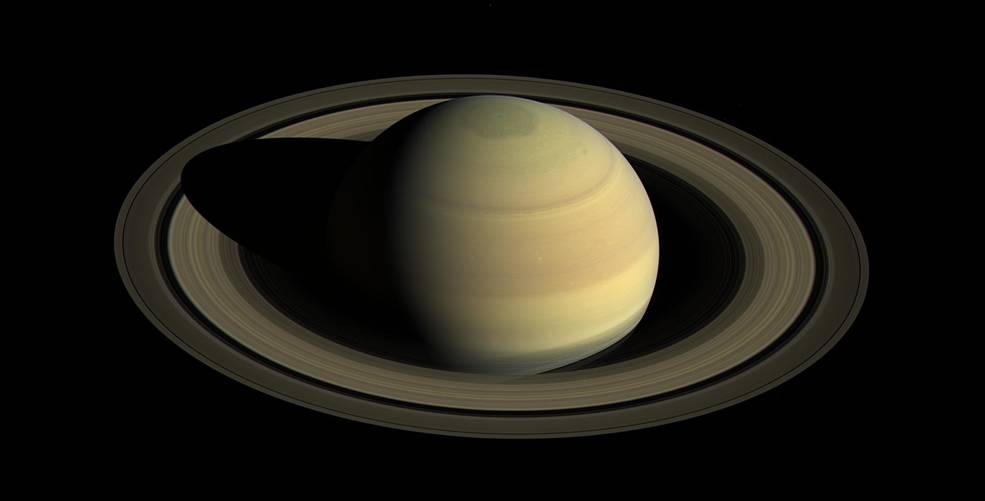 James O’Donoghue of NASA’s Goddard Space Flight Center in Greenbelt, Maryland, estimates that the “ring drain” drains enough water from Saturn’s rings to fill an Olympic-sized swimming pool in half an hour. “From this alone, the entire ring system will be gone in 300 million years,” he said, “but add to this theÂ Cassini-spacecraft measured ring-material detected falling into Saturn’s equator, and the rings have less than 100 million years to live.” 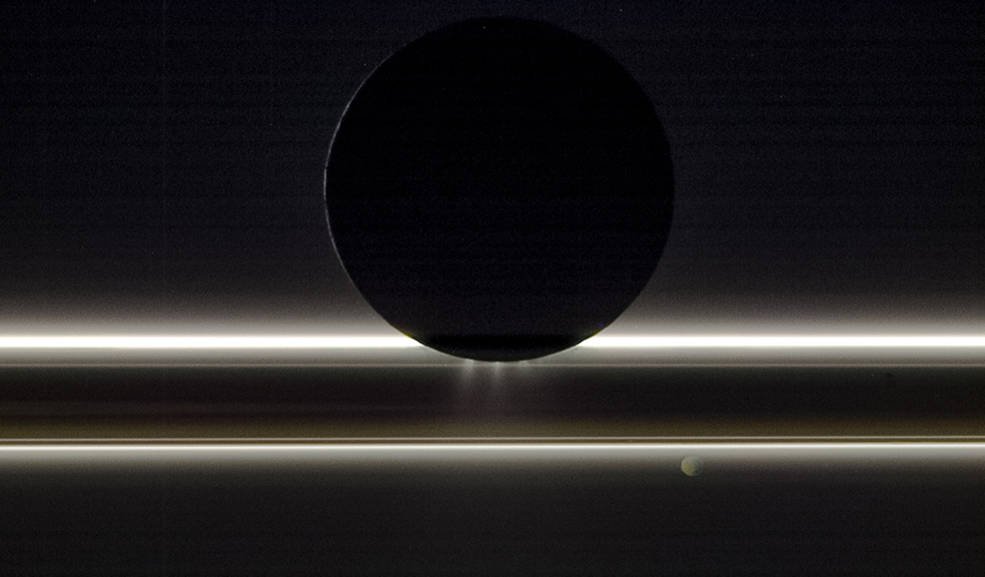 It’s hypothesized that if all rings are temporary, then humanity might have missed seeing rings around Jupiter, Uranus, and Neptune. Saturn’s magnetic field is also said to intersect with the orbit of Enceladus, a geologically active moon that may be one of the most promising places to search for extraterrestrial life.