San Diego and its initiative called “Housing Our Heroes” have been aiming to help over a thousand homeless veterans secure rental housing. The program announced last week that it has reached its goal and even surpassed it. The San Diego Housing Commission President and CEO Rick Gentry announced that they were able to find housing for 1,007 veterans under the initiative. The housing project was first announced in March of 2016 by Mayor Kevin Faulconer. 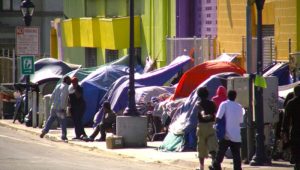 According to Gentry and Faulconer, while the goal has been reached, they will continue with their efforts and even include non-veterans in the initiative. Gentry said that he expects at least another 1,000 homeless people to be given the opportunity to get housing within the next year. Landlords that will help out in the project will receive incentives of $500 for the first units that they rent to a homeless veterans and $250 for each additional unit. They will also receive an average of $1,500 in security deposits and $100 in utility assistance. 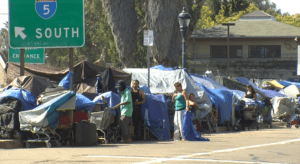 “My goal was 1,000 people off the street,” said Faulconer, “To hit it was incredibly rewarding, and it led to a program that can now be expanded.” Gentry said that the program will continue to become better because of the lessons they have learned from the first 1,000 they have housed. They are expanding the means that worked and dropping what was not as effective.

“When you get to meet them, the satisfaction of helping people turn their lives around was more important,” said Jimmie Robinson, a landlord who rents out several houses to the homeless veterans. “When you see somebody rebuilding their lives, that’s what it’s become for me, more than just the incentives.”