A Wales food bank that receives donations from all over the country recently posted a photo of a very unusual donation. The food bank received a can of kidney soup that was at least 45 years old. They could tell because the sticker price on the can of soup said it was worth 10 pence. The food bank took a photo of the 40-year old can of soup and posted it on social media. 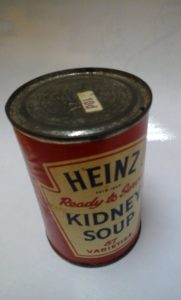 The Cardiff food bank realized that the can of soup was old because of the price sticker with Britain’s currency before it was changed to a decimal system in 1971. The sticker price says “10d” which meant 10 pence at the time. The staff believes that the can is at least 45-years old and was donated with items that were also decades old including a can of sweet corn and canned carrots from the 1980’s. According to the food bank, this isn’t the first time that they’ve received expired goods, but this is the first time that they received something from the 1970’s. 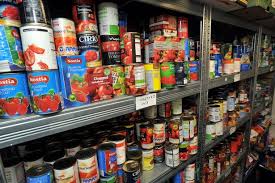 “It’s a record!! Never had a donation with 10d on before! Please, could we remind everyone that food donated needs to be in date! Thank you:),” Cardiff Food bank tweeted on social media, along with a picture of the can. According to the food bank, they end up discarding most of the out of date products that they receive, but for this rare collection of food items, they plan to keep the cans and place them on display.