The African Elephant is one of the most endangered species in the African continent. Not only are they hunted by poachers for their valuable ivory tusks, but they are also considered a pest by locals and are usually shot and killed when they ruin harvests and infrastructure. But thanks to a baby elephant sanctuary located in Northern Kenya, the elephant population is actually thriving and growing in the region. 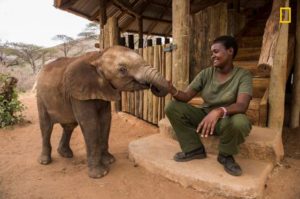 Local communities have always had a tumultuous relationship with the indigenous elephant. These animals go where they please and often trample and destroy many of the locals’ plants and harvests. Overpopulation has also forced people deeper and deeper into the elephant’s natural territory and the space has been getting more and more cramped. But now thanks to the elephant sanctuary, communities in the northern region are starting to learn to work together to protect and raise baby elephants in the area. The sanctuary also helps in teaching the locals how to coexist with the estimated 6,000 elephants that live in the region with them. 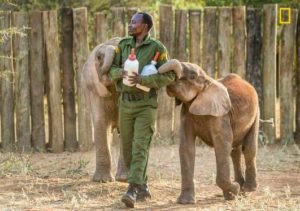 At the baby elephant sanctuary, there are many caretakers that have been raising several elephants since birth. Not only do they feel responsible for these baby elephants, but they have also come to care about these gentle beasts. There is a special bond that has formed between the elephants and the people that feed and protect them. And the feelings go both ways.

“We take care of the elephants, and the elephants are taking care of us,” says Rimland Lemojong, an elephant caretaker.