When 8-year old Aaron Hunter from West Dunbartonshire, Scotland posted a video online asking help from his hero, Iron Man, he really didn’t think that he would get a response. But after the video was shared and retweeted several times, it finally made it to the man famously known for portraying the popular Avenger, Robert Downey Jr. 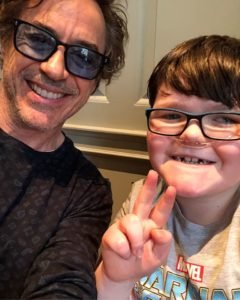 Hunter has life-threatening syndrome known as ROHHAD or Rapid-onset obesity with hypothalamic dysfunction, hypoventilation, and autonomic dysregulation. It is a condition that affects the nervous system and causes children to gain weight and develop problem s with breathing. It was a dream come true for Aaron when Downey suddenly dropped by and spent some time with him during the past weekend. The actor is also raising money for the ROHHAD Association to find a cure.

“Our beautiful Brave Boy and brother this memory will never leave us, it has been magical. We have never seen Aaron this happy until now. His Big Heart is full of HOPE! And the best is yet to come with the help this will bring all of the children fighting ROHHAD as Robert fulfils Aarons wish in full. Special.” said Lisa Hunter, the mother of Aaron on social media. 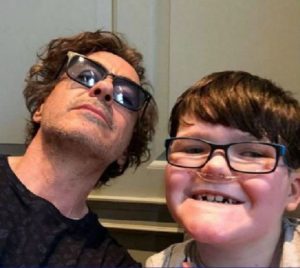 “Thanks to Robert Downey, and Team Downey, for their incredible support and their promise to help. The Hope all the families now have would not be happening without YOU.” she added. Aside from spending time with Aaron, Downey also posted a few selfies with the young boy so he could share them on his social media account.