Just like the movie, one day, for no particular reason, Rob Pope decided to run, and he just kept on running. Pope is a 36-year old from Liverpool, England. Pope was a fan of the 1992 film and decided to recreate the run the Forrest Gump made across America. Only he wasn’t satisfied with just one run. This will be his 5th time during the run, making him the only man to run across America five times. 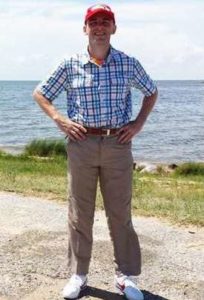 In the 1994 Oscar-award winning film, Forrest Gump, portrayed by Tom Hanks, decided to run one day and he ended up running all across America. Pope was able to follow the exact route depicted in the film and did it four times. This will be his fifth and record breaking time making the run.

“Most people’s favorite long-distance runner is Forrest Gump and I found an article debating whether his route was possible,” said Pope in an interview, “I think of myself as a scientist doing an experiment.” Pope started his first run on September, 2016 in Mobile, Alabama and ended the route at the Santa Monica Pier in Los Angeles, California. 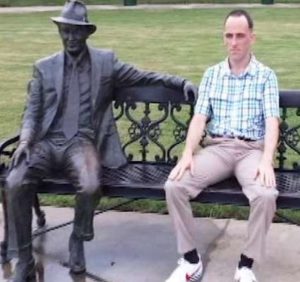 He then decided to do it all over again, only this time he would only take intermittent breaks instead of the 40 miles a day that he did on the first run. So far, Pope has run 14,000 miles. He says that he always wanted to run, and he was thinking about the trek for 15 years before finally doing it. He also said that he always loved the character of Forrest Gump and the movie.