Even though Gronk’s days with the New England Patriots are behind him, he certainly left his mark. 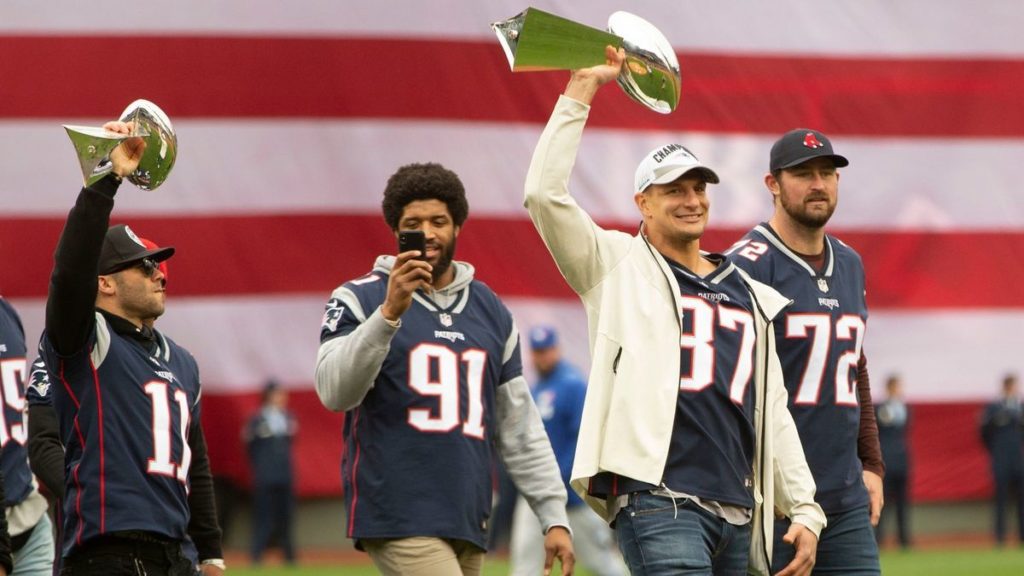 On Wednesday, the Patriots posted a video to their official Twitter account depicting a big old dent in their brand new championship trophy, which was awarded to them after defeating the Los Angeles Rams this past February at Super Bowl LIII.

Gronkowski used the trophy as a bat before appearing at the home opener for the Boston Red Sox last week to be recognized for the win. 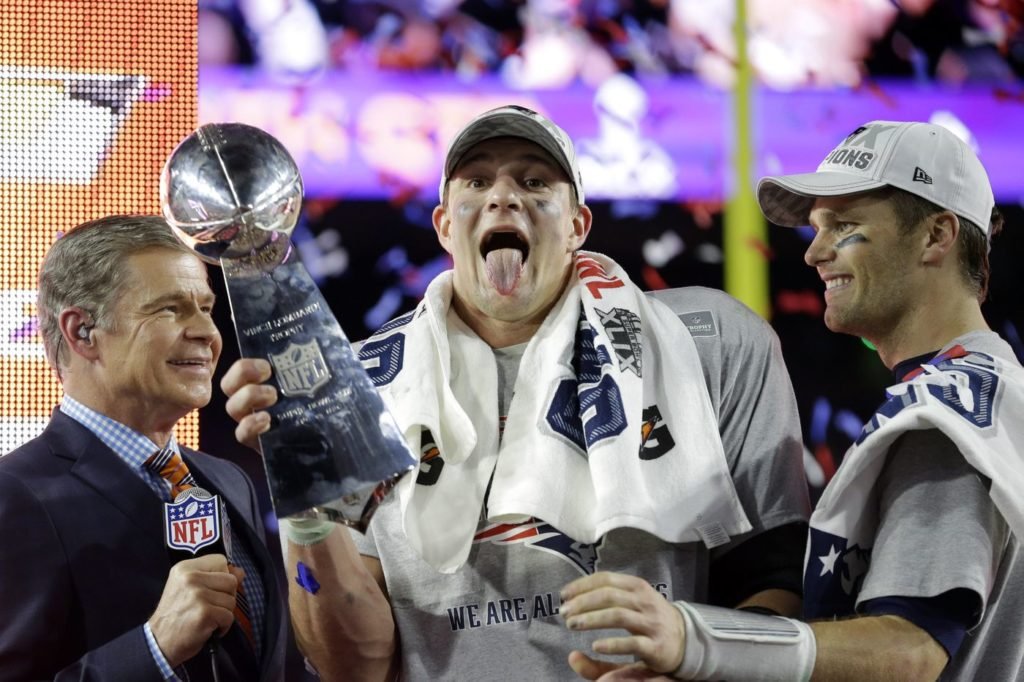 “The first thing I remember is Julian (Edelman) like, ‘Hey, if I’m throwing out the first pitch, I need to get loose. I need to warm up,” said backup quarterback Brian Hoyer. Gronkowski took the 22-inch tall Super Bowl trophy and used it as a bat when Edelman threw the ball.