At New Year’s Eve in 1968, Master Sergeant William H. Cox made a promise to a fellow marine Sgt. James Hollingsworth. It was wartime and they did not know if they were going to survive the next few hours, let alone the next few days. But then this year, after nearly five decades of making that promise, Master Sgt. Cox made good on one last pact. 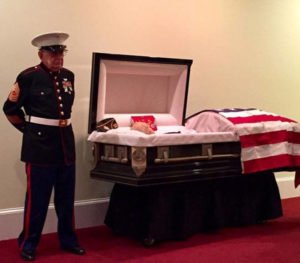 Sgt Hollingsworth and Master Sgt. Cox first met while hiding under fire in a bunker in 1968. They were in a literal foxhole and they did not know if they were going to make it out alive. So these two strangers made a pact with each other. The promise was that if both of them made it out of the war they would contact each other every year on New Year’s Eve for a talk. They were able to fulfill that promise for the next 50 years.

But earlier this year, William Cox who is now 84-years old, made the trip from his home in South Carolina earlier than usual to say goodbye to his friend in Georgia. It was to make one more promise to an old friend, to stand guard over his coffin and deliver the eulogy at his funeral. 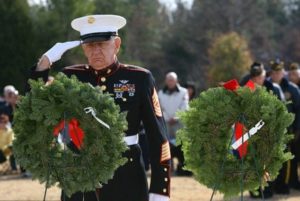 “Two great Marines were reunited once again,” wrote Hollingsworth’s son on a social media post. “These two flew over 200 missions on the same Huey in Vietnam. I have always been proud of my father and his service to our Country. Love hearing the stories from his closest friend.”