Earlier this week, an Iranian Olympic weightlifting champion declared that his 2016 gold medal will be sold for auction in order to raise money for the victims of last week’s deadly earthquake somewhere along the border of Iran and Iraq. The athlete said that he will be giving the gold medal back to the people by using the money to help those in need. 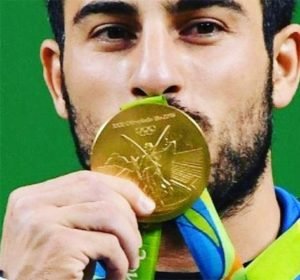 The 26-year old Kianoush Rostami made his announcement on his social media account: “I am returning my Rio 2016 Olympics gold medal – which actually belongs to them – to my people,” Rostami said on Instagram. “I didn’t sleep in the previous nights due to a sorrowful event.” On the same post, Rostami provided the details on how people could bid for the rare gold medal.

The earthquake that hit his home country was measured as a 7.3 magnitude earthquake, which hit Iran’s western region, in the Kermanshah Province, the hardest. It was reported to be the deadliest earthquake in the region for more than 10 years. There have already been as many as 30,000 houses and homes destroyed, with two entire villages razed to the ground. 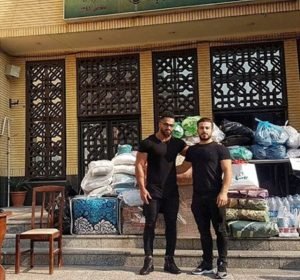 Other Iranian athletes have also answered the call to help out in the crises. The captain of Iran’s football team, Ali Daei, also announced in social media that he will be helping raise funds for those that were affected by the earthquake. Daei said he was setting up a bank account to collect donations, and assured his fans that the funds will be used to help out the victims.