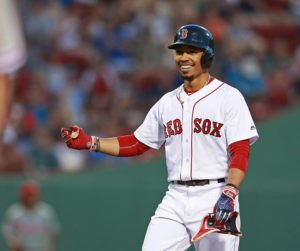 The act of kindness was witnessed by former Red Sox player Lou Merloni. Merloni tweeted a photo showing some of the food Betts delivered that evening. The post spread on social media, and soon it went viral. The act of kindness could have provided good karma for Betts the Red Sox as they claimed the World Series title a week later, beating the Los Angeles Dodgers 4-1.

“Little birdie told me an amazing story. This was the scene last night around 1am out in front of the Boston Library. Trays and trays of food fed the homeless. The man that delivered the food wasn’t looking for attention or praise BUT deserves it. God Bless you Mookie Betts” tweeted Merloni. 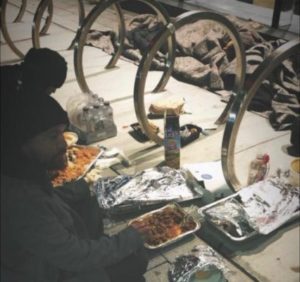 “I didn’t know who they were at first. They had hoodies on,” said Mike Winter, who also witnessed the act of kindness of Betts. According to Winter, Betts delivered the food with his cousin. “Next thing I know, they are laying out trays of food. Then they’re walking around all of Boston library where there are tons of homeless and telling people there is food around the corner. None of the homeless even knew who he was, but they were just grateful for what he was doing. He was incognito just trying to do good.”