Earlier this month, Sotheby’s at Hong Kong announced that it would be auctioning what they say is the first ever complete set of Ichiro’s Card Series Whisky. Each bottle is named after a playing card. In 2015, a complete set with 54 bottles (two jokers) were sold as the most complete set of Ichiro Card Series Whisky. But this more recent set includes the first four bottles released by the series, for a total of 58 bottles in the collection. The price tag for the 2015 collection was set at a little over $400,000. So this even more complete collection is expected to reach over $500,000. 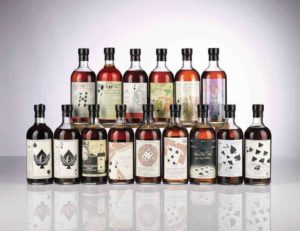 Most whisky enthusiasts are aware of Japan’s Hanyu Distillery. The whiskey distillery was shut down in 2000 after being unable to cope up with the costs during the Japanese recession. It was also very difficult to move the product in a region where sake and shochu was the preferred alcoholic beverage. Â But before shutting down for good, Ichiro Akuto purchased the remaining casks of whisky. He began to bottle the single malts slowly each year. With each year, he released a bottle and named it after a card. Each bottle was praised for its quality and the card series whiskey garnered a large following. 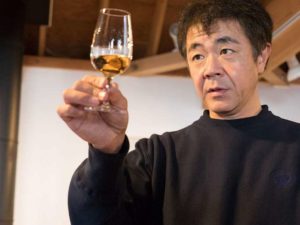 “When we launched the first four cards in 2005, we didn’t expect them to be sold so quickly,” says Yumi Yoshikawa, from Venture Whisky, the owner of the Hanyu brand. “As the first four cards garnered immense praise. Â Ichiro san decided to bottle a few hundred more Ace of Spades, Queen of Hearts, King of Diamonds, and Jack of Clubs.Â  We didn’t sell the cards for the collectors,” Yoshikawa says. “We hope people don’t just keep them, but drink them.”