An old 19th century photograph that was recently bought on eBay for just $10 dollars could be worth as much as $2 million after experts identified the portrait to be of the famous outlaw Jesse James. The outlaw has been one of the most well known outlaws of the Wild West era and several books and movies have been made of the criminal and folk hero. 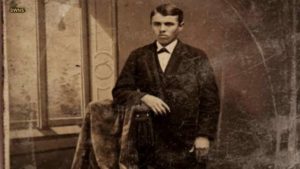 Last year, Justin Whiting of Spalding, UK purchased the tintype photo on eBay for just 7 pounds or 10 US dollars. The item was described as a sort of “19th-century Polaroid”. Photos at the time were created by applying chemicals to a thin metal sheet. He noticed a face mark on the youth in the photo was similar to the one that Jesse James had in a photo in a book. His friends then encouraged him to contact experts to analyze the picture. His theories were confirmed that it was indeed a photo of James when he was only 14 years old. He was informed that the photo could be worth as much as $2 million. 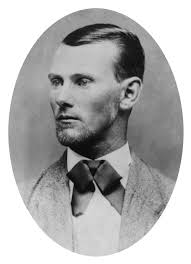 “I noticed the picture for sale â€” it was $10. It was a bit blurry on the site but when I got it, it was a lot clearer,” said Whiting, “I thought to myself: ‘Gee wizz, this could be a real photo!’ I’ve been obsessed with American outlaws for years and read lots of books and study their faces.”

Jesse James was a notorious bank and train robber. The outlaw was shot dead by a member of his gang, Robert Ford. Photos of outlaws of that time are very rare, making them very expensive. A portrait of another famous outlaw, Billy the Kid, taken in Fort Sumner in 1880, was sold in 2011 for $2.3 million.