Earlier this week, a woman rescued a bumblebee queen from her garden and now the small insect is her best friend. Fiona Presley of Iverness, Scotland tells the story of how she found the queen bee while she was gardening and she noticed that something was wrong. The bee was a queen and had somehow ended up away from her hive. Being wingless, the bee was very vulnerable to predators like rats and birds. It is likely that the queen was ousted by her hive was taken over by an invading queen. 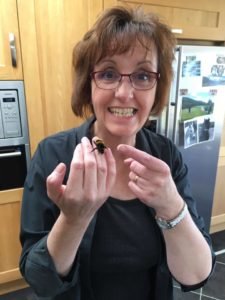 “I found her when we were getting work done in the garden, and it was lucky I didn’t stand on her,” Presly told The Scottish Sun. “I put my hand down in front of her and she crawled onto it right away. I looked at her and thought ‘something’s not right here, she’s got no wings’. She made sort of clicks, buzzy sounds when she was in close contact with me and was happy to sit and groom, eat, drink and sleep on my hand.” 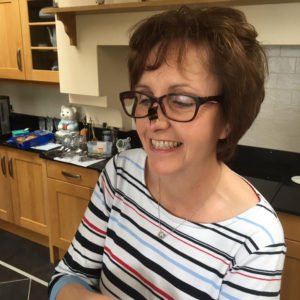 Fiona ended up adopting the wingless insect and even named her “Bee”. She made a makeshift garden for the queen where she can live and feed. But the bee often spends time with Fiona and has no problem crawling around her hands, and sometimes even her nose and face. Fiona has posted pictures of herself with the bee to show that humans can form bonds with insects.

“People have a bond with their dog or cat and even their hamster. I think I’ve proved here that you can have a relationship with an insect.”