Earlier this week, photos of actor Rami Malek in his role as Freddie Mercury movie has gone viral. In the photo, we see Malek channel his inner Mercury as he sings on stage. Malek is dressed in the typical tank top and jeans that the Queen front man is known for wearing during his time with the band. Malek can also be seen sporting the signature thick mustache of the popular rock singer. 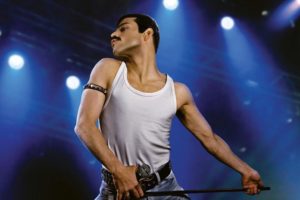 Malek has made a name for himself in recent years. He had the titular role in the TV Series Mr. Robot, where he won as Emmy, a Golden Globe, A Critic’s Choice Award and several other awards and nominations. The 36-year old actor has been in the business for a long time, but the series exposed his talent and launched his career in the business. Before the show, he was known for playing a Pharaoh in the Night at the Museum movies. 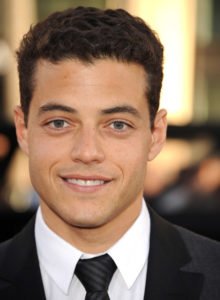 Malek’s latest project is his portrayal of the Queen lead vocalist Freddie Mercury. The upcoming film is entitled Bohemian Rhapsody, which is in reference to one of the most popular songs released by Mercury and his band, Queen. The photo released was of Malek was his portrayal of Mercury’s iconic performance at Live Aid in 1985 in Wembley stadium. Freddie Mercury has been one of the most influential and iconic rock stars of his time. He is known for his flamboyant performances and his four-octave vocal range. He wrote several of the most popular songs for the rock band Queen during the 70’s and 80’s including “We are the Champions” and “Somebody to Love”. The film Bohemian Rhapsody is set to premier on December of 2018.