Man’s Mugshot Gets Him Booked for Fashion Week

Last April, a man named Mehki Alante Lucky was arrested and did some time in jail. During that time, his compulsory mug shot was taken. Little did he know that the picture would end up changing his life. His mug shot was circulated because of unique features and his striking facial features. It all led to Lucky being hired as a model and eventually walking the runway for Fashion Week. 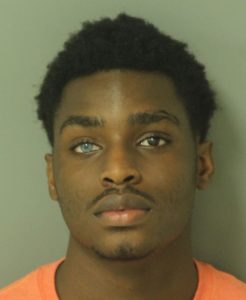 Lucky’s photo first went viral in 2016. What made it remarkable was Lucky’s unique features of having one blue eye and one brown eye. This rare genetic condition is known as heterochromia. It was his eyes that made him a sought after model, and eventually, he was signed by an Atlanta-based modeling agency, St. Claire modeling. Now Lucky is set to walk the famous runways of New York during this year’s fashion week.

“I saw his mugshot last year. His look is extraordinary. I immediately found him interesting. I just didn’t know who he was,” said Demanti O’Bryant, the founder St. Claire Modeling. “Eventually I found him on Instagram and reached out.” O’Bryant eventually found Lucky and tested him out for a shoot, which went very well. This led to a contract being signed by Lucky with the modeling agency. 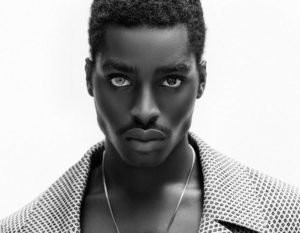 “He has a clean slate with me. I haven’t had any problems with him,” he said. “He’s very well-mannered for the most part. For me, he acts like he has his head on straight and he’s very open to learning because it’s a whole lifestyle change. He is just absorbing it all.” Despite having a record, Lucky has never been convicted of a felony.