After professional tennis player Rafael Nadal won his match in the US Open, reaching a finals berth at the last major of the season, he was asked one of the most common questions by a news reporter. He was asked what he admires the most about Swiss legend Roger Federer, who would be playing in his own quarterfinals match for the other spot in the final. The Spaniard responded that while he did respect the tennis legend, he is not want it to look like he’s going to be his boyfriend. 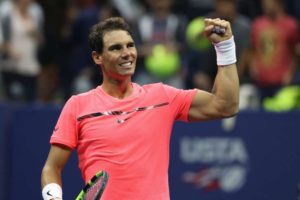 The comment was off the cuff and sarcastic and what he meant was that his current mindset was not about admiring other players, but on achieving another major title for his career. Nadal and Federer have been linked together because of their dominance during the 2010’s, when they won every Major title for a span of about 4-5 years. The two are actually friends off the court, they are both sponsored by Nike, and even appear on the same commercials. But Nadal was not in the mood to wax sentimental about his rival. Federer defeated Nadal in the Australian Open, and while Nadal won the French, the Fed won again in Wimbledon.

“I don’t want to look like I gonna be his boyfriend, no?” Nadal said to laughter. “We don’t want to talk these kind of things before important match. Well, we have a lot of respect for each other, no? We played a lot of times. I think we did important things for tennis. We appreciate that. We always had a good relationship. We played for our foundations. I think he always has been a great ambassador for tennis and for our sport, with good image, of course, and representing, I think, good values. 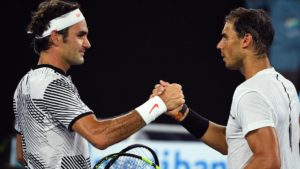 “One important thing that is a great example for kids, no, after a lot of years and winning more than nobody, he still has the passion to keep doing what he did during all his career, no? And doing unbelievable well and doing with the right attitude and with the right passion and love for the sport, no?” finished Nadal. Unfortunately for Federer, he lost his quarterfinal match, which means Nadal will instead be facing Argentinian Juan Martin Del Potro for the US Open trophy.