When it comes to naming horses, there have been some memorable ones and some silly ones. If you have a winning stallion, you will want a good solid name like Secretariat or Man o’ War. But with the hundreds of racehorse in all the tracks in the world, there are also some of the silliest names mentioned when calling races. In a recent race in Australia, a horse named Horsey McHorseface made a name for himself when he won his first race. 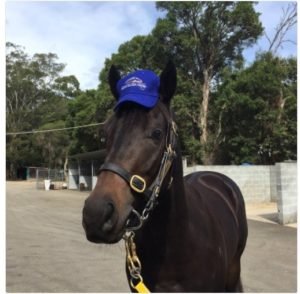 Horsey gained attention, but only because of his name, but because he was also able to finish as one of the top horses at the Arthur Thompson Memorail Maiden Plate at Cessnok Racecourse in New South Wales. There are no clear rules on naming your horse, and owners can choose any word that they like. Although it goes without saying that curse and vulgar words are obviously forbidden. Silly names and funny names have been the norm in horse racing, although these horses rarely turn out to be winners.

This winning horse was named by its owner, Joe Rosetti. Rosetti came up with the name suddenly and then convinced his co-owners to give the name to their horse. According to Jake Brice, the racingÂ  manager at Sydeney’s Warwick Farm racecourse, they had a laugh about naming the horse and thought that the name was very funny. Eventually Rosetti was able to convince his partners to name the horse “Horsey McHorseface”. If Horsey keeps winning, it will be difficult for announcers to keep saying his name without cracking up.