Samuel Nzube has been studying in the Algoma University in Sault Ste. Marie in Michigan for the past four years. The 22-year old working student hasn’t been home or seen his family in that amount of time. He was able to get a student visa to study here but he had to earn his way through college. This also meant that he had to pay for any trips that he wanted to take going home. And a round trip to Africa definitely did not fit in a student’s budget. 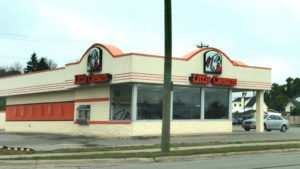 But that would all change thanks to the kind hearts of his coworkers at the Little Ceasers’ where he worked. His friends and coworkers from the restaurant had saved all of their tip money from October of last year to raise their goal of $2,000 dollars. Hopefully, this would be enough to send him home to see his family. According to their employer, if this amount was not enough, their employer would pay the difference. When the workers handed Nzube the money so he could go home, he was speechless for 5 minutes. He was somewhere between shock and gratitude. 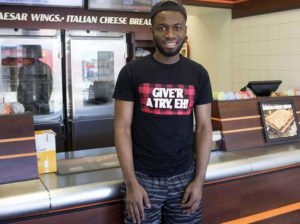 “I just want to let them know that I really appreciate the efforts and I’m grateful for helping me go home after so long. It’s great,” Nzube said. “My mom was so happy. That’s all she’s been talking about.” Little Ceasers is a well known pizza restaurant in the US. It is the third largest pizza chain in the states, behind only Pizza Hut and Domino’s.