Quadruplets Decide to Go to the Same College

Wade brothers, Aaron, Nigel, Nick, and Zachary are really close and do almost everything together. So it was no surprise that when they graduated high school, they also decided to attend the same college. That’s how it is with most brothers. There’s a bond that gets even stronger the closer their age is. And these four definitely that share that bond because, remarkably, they were all born on the same day. 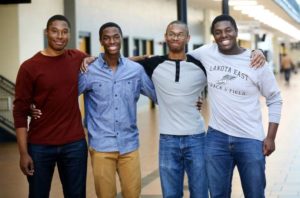 The Wade quadruplets are currently seniors at the Lakota East High School in Liberty town, Ohio. It is there that all four of them were able to excel enough in school that they had been accepted into a combined 59 colleges from all over the nation. These included most of the most distinguished schools in the country. So it was not an easy decision to make. In the end, the finalists were the Ivy League schools of Yale and Harvard. And they decided to make their announcement together. 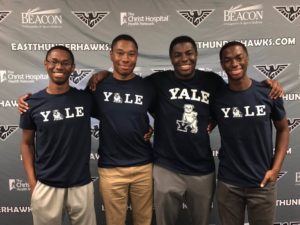 The four 18-year old boys and their parents spoke with NBC about their decision and decided that all four of them would be attending Yale this coming school year. One of the biggest factors was the extraordinary financial aid package that the school offered. According to the brothers, three of them decided on going to Yale quickly, but one of them was still considering Stanford. But he was ultimately convinced to attend Yale with the rest of his brothers. Despite their unique predicament, this is actually not the first time quadruplets have been accepted into the University. Several years ago the Crouch quadruplets also attended Yale.