Earlier this week, the Sydney Ferry launched a public poll on what to name their latest ferry. The Ferry Company wanted the public to be part of maritime history in naming one of their Ferries for the city. After more than 15,000 suggestions were made in Sydney’s “Name Your Ferry” competition, the name Ferry McFerryface was voted by hundreds of petitioners. Sydney Ferries are the public transport ferry network serving city of Sydney, in New South Wales, Australia. The ferries operate at the Sydney harbor and the Parramatta River. 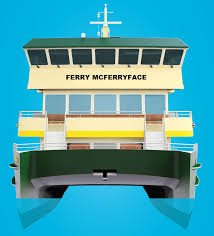 The funny name was based on the trending Boaty McBoatface competition that started last year. A shipping company had opened an online poll to name a submarine that was supposed to be called the RRS Sir David Attenborough in honor of the TV personality Attenborough. But the online poll’s most popular suggestion was for Boaty McBoatface. While the ship was eventually named after Attenborough, they did name the lead boat inside the sub as Boaty McBoatface. 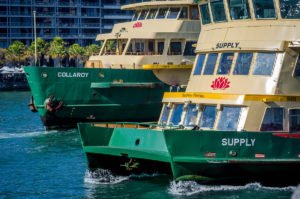 The Boaty McBoatface legacy has been seen worldwide and not just in this latest Sydney Ferry name polling. Earlier this year a train in Sweden was voted to be named Trainy McTrainface, and last year, also in Sydney, a team at Sydney Warwick Farm racecourse named one of their horses, Horsey McHorseface. Who knows what will come next in this trend, but one thing is for certain, if this trend continues, a lot less people are going to be taking polls to ask for public suggestion for names.