Professor Tells Student Who Misses Class To Bring Her Baby

Earlier this month, a University of Tennessee student named Morgan King was saddened when she learned that she could not attend her class because she had to take care of her baby. She had emailed her professor telling her about the situation. What surprised King was what the professor said in reply. In the emailed response, King’s professor instructed her to bring the baby with her to class so that she could attend. 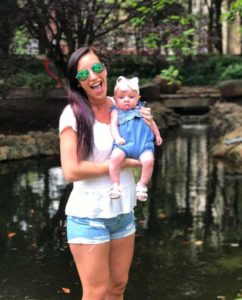 King is currently enrolled studying therapeutic recreation at the University. She had emailed her professor, Sally Hunter, that she had to miss her class because she could not find a babysitter for take care of her daughter, Korbyn. Professor Hunter emailed back with the instructions that she was allowed to bring her daughter and that she could bring her anytime in the future. She even offered to hold little Korbyn so that King would pay attention in class and take notes. King then posted the reply on twitter mentioned that she in tears because of the gratitude she held for Hunter’s understanding. 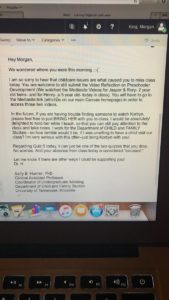 The tweet became viral, being shared more than 5,000 times. It was also noticed and retweeted by Beverly Davenport, the Chancellor for the University of Tennessee. In her tweet, Davenport was grateful for King for sharing the challenges of students, and she was grateful to Hunter for being part of the solution. King said that balancing school, work, and motherhood by herself has been hard. But one of the reasons why she was so emotional was because of the help of people like her professor.