Real bumps not foam when shopping for maternity clothes and swimwear. Who’s with me? #PushItOut #MamaStillGotIt

In an Instagram post, Boyce wrote: “17 weeks along and technically on maternity leave. I’m showing too much for my regular clients and check this little fun fact for you – majority of shoots you see for maternity clothing are modelled by non-pregnant women wearing fake bumps that tie around their tummy! Extremely frustrating for actual pregnant models who want to work.”

Minutes after posting, Boyce was bombarded with emails from women who had no idea they were looking at models who weren’t really pregnant.

“They are comparing their bellies and their bodies and feeling bad. Some are driven to start dieting, which to me is just heartbreaking.”

Boyce, who suffered from an eating disorder in the 1990’s, knew she had to take action. In May, she began a campaign, asking brands who use prosthetic bumps on their models to include a disclaimer on their websites.

“There needs to be more honesty in maternity advertising. Retailers have to recognize that bumps come in all different shapes and sizes and we gain weight in other places than just our tummies.” 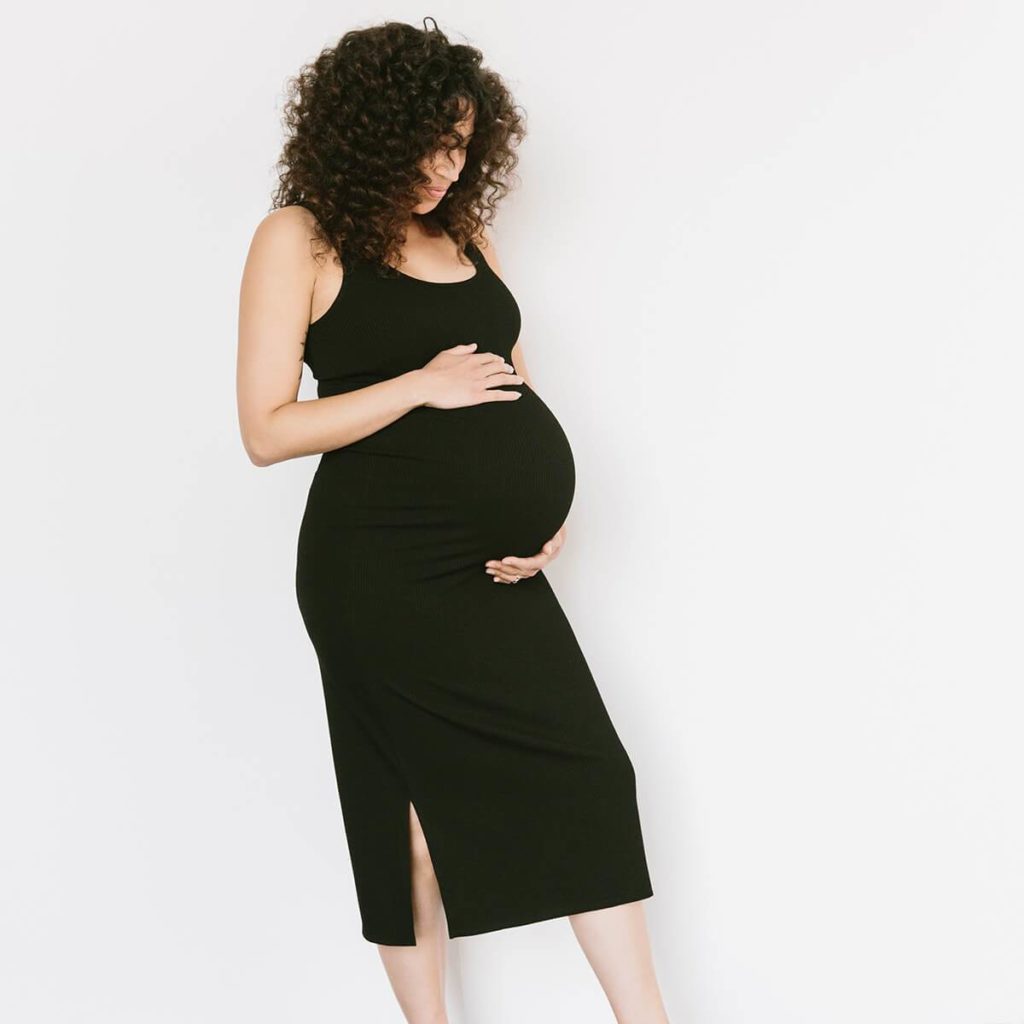 Some brands are starting to catch on. In 2018, Storq Maternity replaced every single photo on its website with images of real, unretouched women who are pregnant, postpartum, or nursing.