Thanks to one of the most productive fiscal years, the car company Porsche gave each of its German employees a $9800 bonus. The employees that received this sizable bonus included all 21,000 employees working at the German headquarters, including engineers, cleaning ladies, cafeteria staff, and janitors. The bonus is actually â‚¬9,111, which is homage to the Porsche 911, which was largely responsible for the increase in the past fiscal year.

During the Porsche Company’s 2016 fiscal year, they had an increase of 10% in sales. This attributed to a little over $17,000 in profit for each car that they sold. Most of the Porsche models that were sold were of the Porsche 911 most recent model. Because of this windfall in profit, the company decided to reward its employees, rather than keep the money for their total fiscal year profit margin. The German branch of Porsche is one of the main headquarters of the car manufacturer. 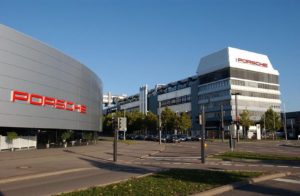 The large bonus is not the direct result of the company’s generosity alone. Germany, and several European countries, has very charitable labor policies. In these modern times, Germany is also one of the countries with strong labor unions and great labor representation. This is especially true for employees that work in large international companies. Most labor contracts and disputes are also made in an open forum, unlike other countries, where these terms are discussed behind closed doors. The Porsche automobile manufacturer was founded in Germany in 1931, and is recognized as one of the top car brands in the world.