In Westminster, a political expert was broadcasted eating his book on live TV. This was because of a promise he made after mistakenly predicting the outcome of the recent UK elections. The political expert was Professor Matthew Goodwin, a political and international relations expert working at the University of Kent. He had said on his public twitter account that he did not believe the Labour party would poll well and made a statement in public that he would eat his book if they did. 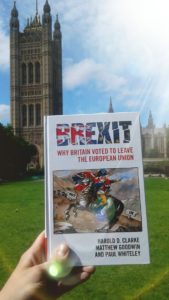 Goowin had predicted that the Labour party would not win 38 percent in the next polling the upcoming week. He was so confident with his prediction, that he made a promise on his twitter account. He said “I’m saying this out loud. I do not believe that Labour, under Jeremy Corbyn, will poll 38%. I will happily eat my new Brexit book if they do”. Goodwin had co-written a book called ‘Brexit: Why Britain voted to leave the European Union’. 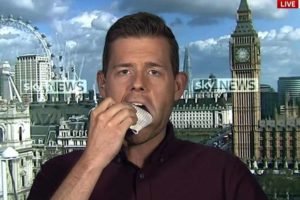 Then on polling day, the Labour party won 40.3 percent of the vote, exceeding Goodwin’s prediction by 2.3%. Although he did not immediate fulfill his promise, there was growing pressure from his followers and fans, until finally he gave in and announced that he would be eating his book on Sky News at 4:30 PM that same afternoon. And on that exact time slot, Goodwin was shown on live TV eating pages of his book. Although he did not eat the entire book, chewing several pages sated the public. Ht tweeted after: “Don’t ever say I am not a man of my word”