Earlier this week, a guy delivering a package heard what he thought was a woman screaming for help. The man called his wife to tell her about what he heard on his route, and she then called the police to investigate. The police responded to the area and arrived as the delivery man waited outside the house where he heard the screams. When the officers entered the house, they found that the screamer was a parrot named Diego, and he was doing just fine. 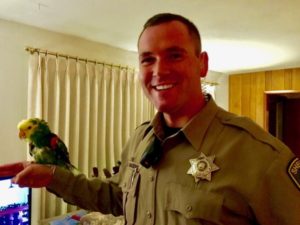 Parrots, as well as some other species of birds, are vocal learners. This means that they learn and pick up other sounds and dialects from the people around them. Birds learn these sounds as a form of socializing with the other birds around them, and often copy words and phrases that they repeatedly hear. All vocal learner birds have this ability, especially parrots. Parrots have a unique part of their brain that makes them even more capable of mimicking sounds and voices. 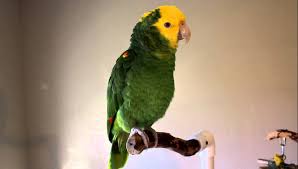 In this case, Diego was most probably imitating something he heard on the television or something he heard his masters playfully say around him. And while this is an odd case, this has actually happened before. Last year, German police responded to what sounded like a child in distress, only to find a parrot. A few years back in New Jersey, a parrot was also mistaken for a woman or a small child crying out for help. The parrot in New Jersey learned sounds from watching the television.