The TV Show “Stranger Things” has been one of the most watched shows in the Netflix network. It has been a trending topic recently, with the release of the second season. It has even helped a local museum with their merchandise sales. That is mostly because of a sweatshirt that was worn on one of the episodes on the show that originally came from the small science museum in Minnesota. 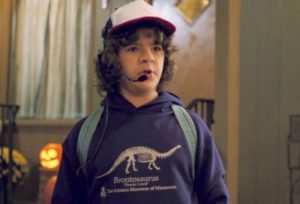 In the first episode of the second season of Stranger things, one of the most popular characters named Dustin (played by child actor Gaten Matarazzo) can be seen wearing a purple dinosaur hoodie that has a logo from the Science Museum of Minnesota. The hoodie was first made available from the museum’s store in the early 80’s, and since the show is based on the 1980’s it made sense that one of the characters started wearing the sweatshirt. 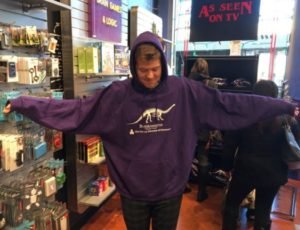 But now employees of the museum began to think about selling it again as they started getting calls, emails, and social media tags requesting for it. And so earlier this week, the museum announced that it would be selling their vintage purple sweatshirts, along with t-shirts and crew necks, and all with the same “Brontosaurus” and “thunder lizard” text and image of a dinosaur just like in the show. Shortly after the announcement, the museum’s website crashed.

The website was back up again later that morning and by the end of the day, it had sold more than 10,000 items for a total of $400,000 in sales. All the proceeds will go to bettering the museum and to help spread awareness about science and education.