Ancient City Appears in Middle of the Ocean Still Baffles

Archaeologists and historians have always wondered about the mysterious and remote city of Nan Madol. The city built in the middle of the ocean just off the coast of Micronesia. The city was discovered more than 100 years ago and scientists have yet to solve the mystery of the ancient city. Now, new satellite images have raised more questions about the place and its origins. 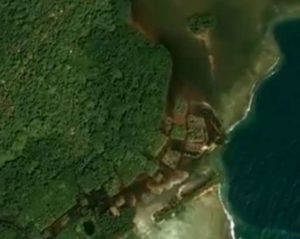 The island ocean city has always been a mystery, but recent satellite images have renewed interest in Nan Madol. The images show the full extent of the region and a documentary is being made about the mysterious city in the middle of the ocean. The city of Nan Madol is completely uninhabitable. It is located just off the main island of Pohnpei in Micronesia in the Pacific. It is said to have built sometime between the first and second century. 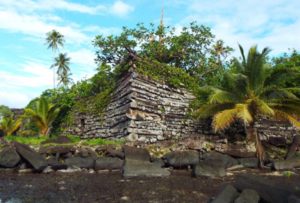 The name Nan Madol actually means “the space between”. It is 1,600 miles from Australia, and around 2,500 miles from Los Angeles. It was one of the Eight Wonders of the World when it was discovered by European explorers. The city contains 97 individual geometrically shaped blocks, each separated by narrow channels of water. The city also has stone walls that reach 25 feet high and that are 17 feet thick. There are no records to explain the foundation of the city and its structures. The local people of Micronesia reportedly will not go near the city, because they fear that it is haunted.

“Why would somebody build a city out in the middle of the ocean?” said archaeologist Patrick Hunt on the show “What on Earth?” on the Science Channel. Â “Why here, so far away, from any other known civilization?”